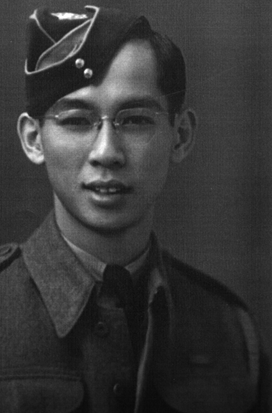 Sergeant Henry ‘Hank’ Wong is the last surviving member of the original 13 Operation Oblivion operatives. Born in 1920 in London, Ontario. Prior to being recruited for Oblivion, Hank trained with the Canadian Army at the new Canadian School of Infantry (Canada's chief battle school) in Vernon, B.C. where he learned how to jump off a moving truck and trained in small arms and munitions. After being selected by Major Kendall he joins the other operatives to a remote location near Penticton, B.C. where he is trained in commando/guerilla warfare tactics and espionage by the British Special Operations Executive (now MI6). Hank is shipped out to Australia to complete his training and although is selected for deployment, their mission is scraped. Post war Hank finds his own way back from Australia on the Kitsilano headed back to Vancouver, B.C. and must start a new life with his Australian wife. Operation Oblivion is not part of his official military record and he is sworn to secrecy for 25+ years.