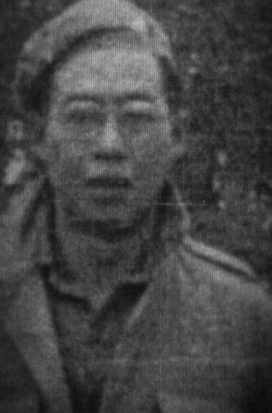 Norman is Hank Wong’s cousin. He was born in 1916 in London, Ontario and like Hank and Eddie Chow was refused access to the air force, but instead joined Canadian Fusiliers (City of London). With the Fusiliers he escorted German POW’s captured in Africa from New York to Calgary. He then joined the Pacific Command to push back the Japanese who had landed in Kiska in the Aleutians in 1943. He was then sent to Vernon B.C. and Prince George for further training. When Kendall recruited him in Vancouver he was already a Sergeant and became the Sr. Staff Sergeant during training.